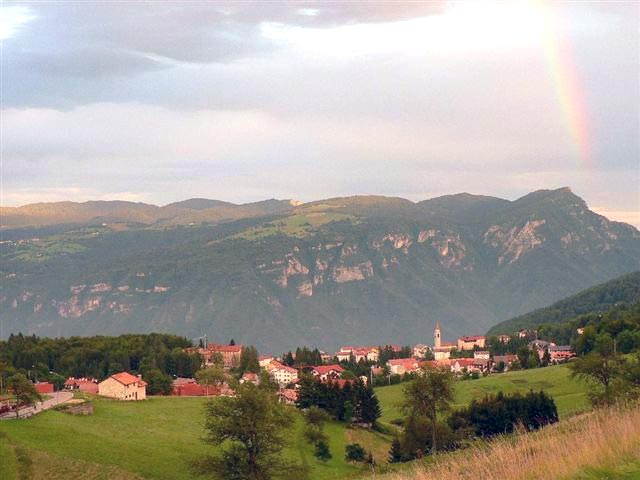 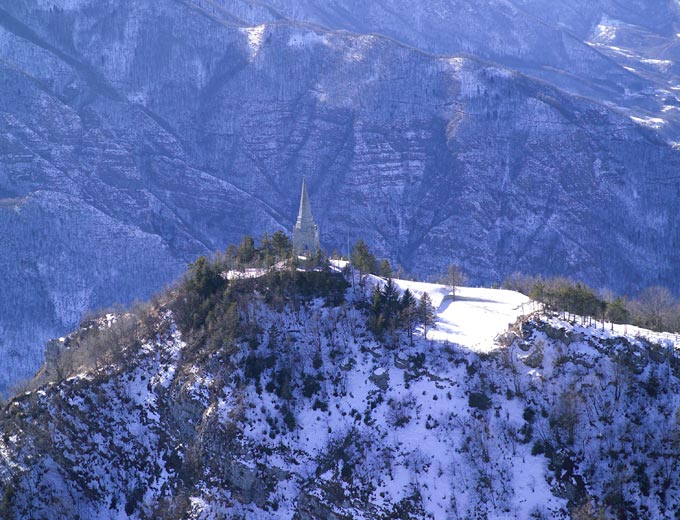 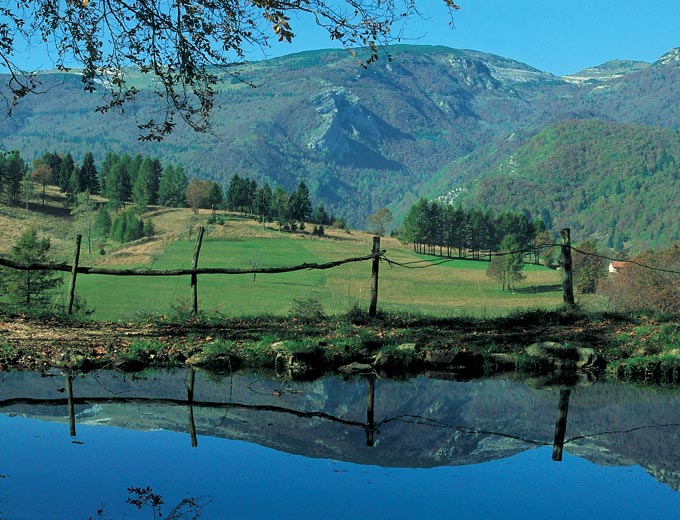 INVITATION IN TONEZZA
Tonezza del Cimone is the perfect place for whoever loves long walkings, a quiet environment opposed to the present frenetic life in town, a splendid natural setting. Tonezza of fers an old-time atmosphere and friendly people. Ideal place for relaxing and interesting holiday.

THE CLIMATE, THE BEAUTY, THE NATURE, THE CALM ATMOSPHERE
The landscape offers a sequence of impressive mountains (Spitz, Tararo, Cimone and Campomolon) and enriched with their glaciers, which introduce to th e Altopiano with green terraces up to the Astico river.

THE ELEMENT OF MOUNTAIN BIKE
Tonezza a nd all the palces around are the right mountain bike's element, territory that lets itself know with a wide series of excursions to those who are keen on mountain bike, through no less than 12 different route, plunged into nature, traditions, history, artistic beauties, agrestic genuiness of places, structures and activites typical of this mountain and valley world full of beauty.
The start is always Tonezza del Cimone: from its top you find an uncountable number of asphalted and not asphalted steets, of cartways, of pathways that let you explore, "at man speed", the gret tableland and valley world. So once that you have left the health resort, you are ready to cycle through characteristic group of houses build on slopes, in the back side of prealpin pastures. And there where houses and you can admire a sorrounding senery made of summit sacred to memory overhanging typic wood and pastures of Fiorentini tableland, that has never changed through the years.
And now you can see sheperd's huts, alpin shelter and forts with all the historical material talking to us about the Second World War, meanwhile you can have a rest in one peaceful alpine church. You are now ready to le ave again to go towards the downvalley where Astico and Posina rivers touch th e villages. The routes seem to follow the two riverswhere the "fario and marmorata trouts" fin d their natural oasis; at this step our way leaves unwillingly this wonderful senery to lead us towards lakes "in miniature" plunged into the park's shadow where marvellouse "Antonio Fogazzaro's ville", runs of old castels and famous "Pieve" churches are hidden.
Old streets far away from city traffic climb up again mountain and valley: cycling through the green in a peaceful silence broken only by distant voices and sounds of nature, the effort lessens. And now before coming back to Tonezza del Cimone pathways going along mythical places of historical epos can be discovered again...always while cycling!

ENJOYMENT-TRADITIONS
The routes suggested offer you mountain bike pathways and the chance to make a "tour" full of suggestions to grasp with all your senses. As ypu have already noticed our "tour" is full of steps: they are not only the historical, cultural or artistic and natural one, but the noteworthfully ones, such as local gastronomy that keeps aro ma and tastes "of taht time" somewhere else completely forgotten. Here you find fresh and pressured cheese, the snow-white ricotta cheese, the mountin butter delicious mashrooms and friuts of the wood. Sausages are still prepared with the old and wellknown "Monks of Norcia's" recipe. Thousands of characteristics recipes make restaurants situated in this zone uncomparable and unique in their kind. These routes inside nature express the enjoyment for all those good things that will surely take your interest, one by one, walking or cycling all around Tonezza del Cimone.

SO AS NEVER TO FORGET: THE GREAT WAR FORTS
Overturned peaks, blood stained rocks, machine gun nests, trenches, rocky caves for cannons, and remains of forts: today these are the remains and testimonies that tell the story of the Great War fought on the Veneto/Trento front and are found in an area starting in the "Astico-Posina" to the Tonezza and Fiornentini Plateau. After the bombings in 1915 there was the Stafexpedition, provoked by the Austro-Hungarians in May 1916 and this territory became the last front for defending the Vicenza plains from the enemy. Attacks and counterattacks, painful attempts to escape from the tragedy, villages destroyed and human lives ruined: these were the effects of a war that will remain unforgettable to its protagonists and witnesses. Then, once silence returned to the high pastures, hillsides and mountain peaks hidden in the sky there were those who swore that there would be no more wars whilst the mourning for the victims, many of whom were nameless, was shown by lovingly burying the victims, united as brothers by death.

In front of the "Emperor’s forts" (Doss del Sommo, Sommo Alto, Cherle, Belvedere, Luserna, Verle, Pizzo di Vezzena) there were the “Kingdom’s sentinels ", more specifically the Italian forts of Campomolon, Cornolò, Casa Ratti, Punta Corbin, Campolongo, Verena. For those who wish to it is still possible to walk along History’s footpaths of the Eastern Italian old front and, in particular, the pre-Alpine mountains that overlook the Astico and Posina valleys where you can come across heavily damaged military ruins frequently destroyed by high calibre artilleries or blown up during the tragic Strafexpedition days.

Even if there is little more than walls left of Cornolò, between the val di Posina and Val di Rio Freddo, built to protect Arsiero, a visit to the Forte Campomolon ruins, situated at an altitude of 1853 m to contrast the forts in Folgaria, allows you to take in the architectural impressiveness of its structure and you will be able to glance at the four fortified domes through the battery block. At an altitude of 350m, in the mid Val d'Astico, and amongst an increasingly flourishing and wild vegetation lie the remains of the "Casa Ratti" fort, which once had three revolving domes and was armed with 3 149G cast iron and five machine guns surrounded by the rocky Tonezza Plateau border.

Moving upwards from the mountain village we arrive at Cimone, a sacred memorial. The woods do not completely hide all of the old bays, trenches or intricate network of tunnels. A crater created by an Austrian mine that exploded on the 23rd September 1916 is surrounded by the cusp of the ossuary that watches over the fallen whilst they rest. Your glance tends to fall towards horizons where the war is only a memory: the corno ducale of Caviojo and the Neutra peak, with its characteristic winding gallery, the majestic Priaforà, with its rocky caves, seem to watch over the valleys, where villages and hamlets are scattered and time stands still, and where drama and stories from our past are to be rediscovered through our memories and not to be told as myths.
(Giovanni Matteo Philosopher from Vicenza in prima linea, Promotonezza)

NEW OBSERVATORY FOR THOSE WHO ARRIVE AT THE SPITZ PEAK
The Tonezza alpine group, led by the president Riccardo Pettinà, has happily concluded a task with Mount Spitz at centre stage: a solid support cippus capable of holding a round plaque with the names of the mountains visible from the peak of Spitz engraved (as many as 27 surrounding areas). The stone should have been transported to the site by a helicopter but, when this promise was not kept, it was brought up on foot by several of the Alpine corp. and volunteers.
Last year the Alpine corps also took care of the old and now dangerous mule track that went from Passo della Vena to the peak, at about 1700 metres.